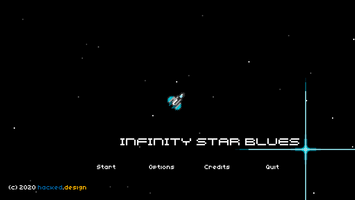 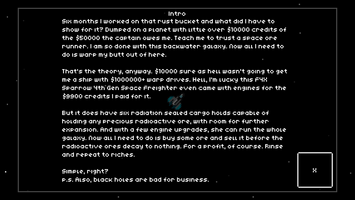 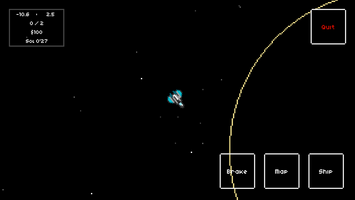 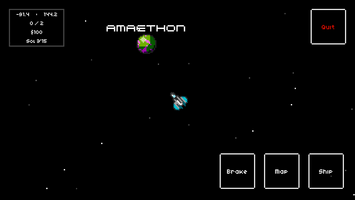 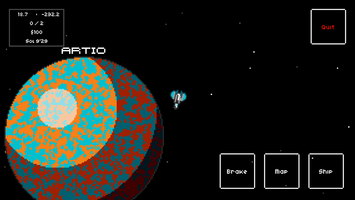 So I watched Joshua's stream playing Infinity Star Blues (https://www.twitch.tv/videos/603323297). Loved it. It's always nerve wracking when you put your work out there for judgement (especially when you know the rough edges), but I knew the lumps I was about to get, and I took everything with a smile on my face. Iterating on feedback is an important part of the process, though damn hard to do in a jam situation.

But here are some of my thoughts on the feedback:

Firstly, one of the most interesting things when you get any feedback, is how different the focus is, compared to where you yourself put your efforts and attention. i.e. They focused so much on something that I gave very little thought to, vs glazing over something I spent a lot of time on. And this isn't a complaint on the video, I think it's a really important observation for any game dev, and especially any jammer. Make sure you get other eyes on, and try to balance where you focus your attention to get bang for your dev buck.

Oh yeah, I know. It was almost worse. It wasn't until about 1/2 way through the jam that I even had anything at all. I remember thinking, who the hell loses a trading game? The theme was easy, but a straight forward trading game has zero compelling reason to play it. I had different ideas for things to do, beyond trading, but the decay mechanic (which you'd never seen in a 20 minute video) was the only one that made the time limit. When starting the build, I had games like No Man's Sky and Eurotrucker in mind. Slow slow games. No arguments here that they're not for everyone, it was just what came to mind when thinking of the theme "easy".

I think I'd make a few changes, based on the feedback. I don't think I'd eliminate the actual travel, but I'd make the world a bunch smaller, so there's less distance between planets. I also think increasing the amount of cargo significantly (so you're trading in 1000's of elements) and having a more apparent decay mechanic would also add more visibility to what's going on. I would also add different delivery quests, and moving planets/trading points. With time to play test, I'm sure this aspect could be greatly improved.

The novel on the front page

I mean, I write novels. Literally. That being said, there was a comment around narrative/story elements and how hard these are to develop in a jam. So true. I'm too scared to even attempt a story driven game in a jam, I'd never get something complete.

I liked that comment. I actually used the NES colour palette and having 13 colours arranged in 4 levels of value was a key element of drawing the shading on the randomly generated planets. I spent way more time getting those planets looking right than is probably realised... Although, one bug I know is true. Even though the planets will stay the same colours on reloading, the generated patterns won't survive the reload, because I don't bother to save and random seed etc etc.

This made me laugh. I'm a militant left hander. I didn't even check WASD. It was whatever unity set as default. I might fix this in the fix release. Maybe... if I'm feeling generous.

Why are people holding down the arrow key?

Ship has momentum. Don't need to hold down the key forever. Could probably make that more obvious.

Oh man. 1 line of missing code (hold.count--;), and the whole game fell apart. The UI would have updated and everything else would have worked smoothly. Instead, behind the scenes, it's throwing errors left and right. Not sure where I slipped that regression in. Playtest that final build before you submit...

Just general UI feedback
This is one of those, you do the best you can in the time schedule you have. There is plenty of room for improvement and more hand holding along the way.

I am pretty proud of the blues song I wrote for it. Space blues in A minor. Gonna do some more of that, I think. Happy with what I got out of bosca ceoil once I found the delay slider. The game had a completely different name (which I did want to change), but when it came time to write some music I was like... star blues. That's totally what the game should be called.

Overall, this game was probably my least successful jam. Code wise, it was easily the most coherent code base at the end, but the gameplay just wasn't there. It's probably my weakest point across all my jams. If I could just tone the ambition down a little and stick to simple but solid gameplay loops that are smaller in scope, I could smash out these 1 week jams.